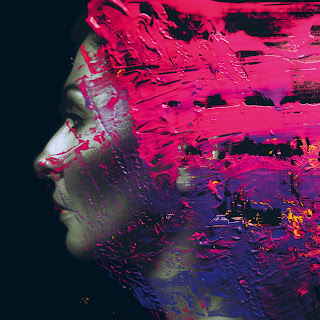 If you’re a fan of Steven Wilson, then you probably think he operates at a higher level than most. Im not going to mention the term Rock G__’ as the terms is banded about fairly regularly. His out put as a performer (Porcupine Tree, Blackfield, No-Man, Storm Corrosion etc.) and producer (King Crimson, Yes, Tull) is second to none. Whilst writing this up, I won’t also use the word ‘Prog’ more than this once. Wilson doesn’t see himself operating in this genre, so who am I to categorise him.

August 23rd sees the release of ‘Hand. Cannot. Erase.’ Originally released in 2015, this version gets ‘the treatment’, with a CD/Bluray edition that features the album in hi resolution stereo and 5.1 audio mix, (96/24 5.1 LPCM & DTS-HD Master Audio 5.1) complete with instrumental versions, extra bonus songs, and a Lasse Hoile documentary all in once nice little package. 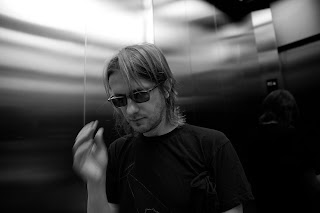 The basis of the album is one narration. It’s the first time that Wilson has one true narrative from start to finish. Of course he has explored, concepts and various themes throughout the years. (I particularly loved The Incident). So what inspired this narrative? Wilson watched a documentary about Joyce Carol Vincent, a 38 year old Londoner who shut herself off from the World, including friends, and family at the turn of the Century. It was there she continued, virtually invisible and isolated until her death in 2003. It wasn’t until 2006 that her body was discovered. He wondered ho on Earth someone could effectively disappear, and live a life so queried and un-affecting that she disappears from view, or notices that she had gone for almost 3 years. Connected to this story, Wilson decided to turn his curiosity to what would become ‘Hand. Cannot. Erase.’ 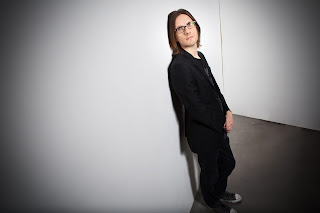 The opening few minutes of ‘3 Years Older’ sees Wilson become a fourth member of Rush, as this section could easily be a section of ‘Hemispheres’, with a bit of Pink Floyd thrown in for good measure. An impressive opener, and a long, but. Fast 10 minutes, is eclipsed for me with title track, ‘Hand Cannot Erase’. Wilson shows he can cut a great ‘pop’ song. Off Wilson aficionados might frown at a song like this, but it just adds to his charm. The ‘upbeat’ theme continues into ‘Perfect Life’ an electronic song that opens with a monologue about two friends who have lost touch with each other, before Wilson sings ‘We have got, We have got a perfect life.’ Melancholy is what he does best of all.

From here on in the tone changes. The nucleus of the album here for me is ‘Routine’ (watch the video on YouTube for added effect. If you don’t show some emotion, then you dead, or a sociopath).  It’s a song we can all tune into, Wilson taps into the fact that we all (well, most of us) are stuck in daily routines. Only can write a lyric with such sadness, and sung to such an effect from Ninet Tayeb  that states ‘Keep cleaning, keep ironing, cooking the meals on the stainless steel hob’. The piano is ghostly and ethereal, and the build up to what is Tayeb’s emotional ‘wail’, mirroring a person breaking under the emotional pressure, is one sound that will stay with me forever. 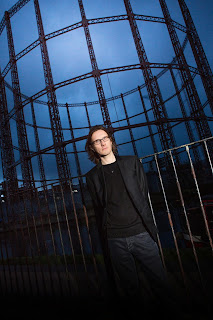 ‘Home Invasion’ is more sinister and disturbing than what has come before. It gives particular showcase to Marco Minnemann’s drumming, and one of the few songs with a solo in it. I also like the Hammond B3 and mellotron weaving through ‘Regret #9’ , and Guthrie Govan's guitar playing in this is fantastic.  ’Transience’ onward sees a further dip in melancholic tone. It has a feel of PT’s ‘Heart Attack…..’, but it’s chorus is upbeat. ‘Ancestral’ is a long (131/2 minutes) and disturbing, dark and haunting. Its orchestral content combined with Govan’s sprawling, tense riffing, and some gorgeous vocal harmonies (similar to Pink Floyd and Tilt) gives the feeling that it’s the albums zenith, before revealing the final two songs. Its prog (dammit!) at its finest - dark and darker, heavy and light in equal measure, with a metal riff firing along the latter section.

If you think you might be hearing something you’ve hears earlier, that’s because bits of ‘First regret’ can be heard in both ‘Regret #9’ and ‘Happy Returns’. ‘Happy Returns’ is a by now TM sound of Wilson, soul searching, and a tad more upbeat, but not quite, before closing with the outro of Ascendant Here On’.

This was the first Steven Wilson album that had me hooked from beginning to end, and a broken man afterwards. The players used are all on top form, the production, superb, and the story and theme is well told. Wilson mixes sounds old, and new, not playing to the old guard and reminds me of one band who constantly did the same as this, Rush.

It’s an album that if you listen to on headphones, will probably leave you in tears. Without even having to dig into the lyrics, you can feel the emotion, sadness and despair. Its almost like a ‘best of/compilation’ album, where all of Wilsons previous best bits came together for one fantastic album.

HCE also contains instrumental versions in 96/24 stereo quality only, for this of you who want to marvel in the musical content, or fancy a karaoke moment. Just make sure you laminate the lyrics for the tears that will ensue! There are another 6 versions of some of ‘HCE’, radio edits, and a Grand Union mix of ‘Perfect Life’; with my favourite being the Ninet Tayeb solo vocal version of ‘Routine’ which is simply marvellous.

Included is a 30 minute studio documentary ‘fly on the wall’ style from Lasse Hoile. Fans will have already seen this on YouTube, but is included here, showing the band at work in Sept 2014. It even includes a rare shot of Wilson wearing trainers.

The 5.1 sound is immersive, nuances of sound come at you from all angles, and the album sounds just gorgeous. All songs are accompanied by some striking photography for you to dwell on whilst listening.

For me, ‘Hand. Cannot. Erase.’ showed Wilson had found perfection. All his output previously had been great, but this was stellar. In 2019, perfection has got even better.