Underrated rock albums of the last 13 years that you need to listen to!

Albums that have blown me away since 2007

I started reviewing for a site called ‘room thirteen’ back in 2007. One of the best things of this job is finding bands and albums that you previously have never heard of and wondering where they had been all your life. The following is a list of bands and their albums that became my first interaction with, and completely blew me away, and are under heavy rotation in the chesy household ever since.

So in no particular order I give you some utterly fantastic albums that most people probably haven’t heard, and I have thrown in a couple that some may have. All are definitely worth a listen. All have got my coveted full marks, which is a rare thing indeed. To get the max, they need to match up to albums like Pyromania, Rising, Heaven & Hell, Night Of The Crime, Escape, Back In Black, and 4, to name just a few. Do you get my drift? There are others that could be on this list, but these are albums that have been an absolute joy to review.  So in no particular order, here we go…

First up, is the very first album that really got me excited in my early days and is what has kept me going for the last 13 years, waiting for more like this… 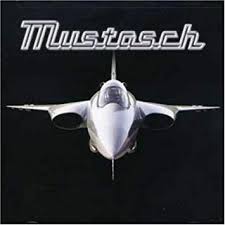 Mustasch - Latest Version Of The Truth
Ear-melting riffs, and with a vocalist like Ian Astbury on steroids. Ralf Gyllenhammar is probably the best name in metal ever and 'Double Nature' is one of the best metal anthems written (and is probably used by ice hockey teams all over Sweden as their intro). 'Forever Begins Today' is a song that deserves to be a Bond theme in any other dimension 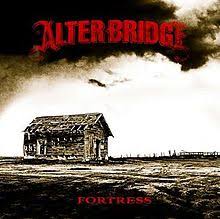 Alter Bridge  - Fortress
Out of all the AB albums, this is the pick for me. I tipped then for greatness back in 2005 and they have lived up to the expectations. Sure Blackbird is one of the best metal anthems ever written, and there’s some good stuff on ABIII, but Fortress was where it was all consistently brill. Marshall's bass playing is thunderous and feels like you’re having your internal organs reorganised at full blast. Its an album of pure power and face melting force. Strap yourself in

Track to listen to - Cry Of Achilles 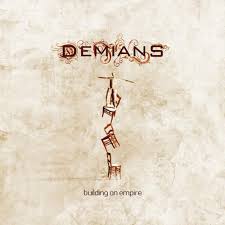 Demians - Building An Empire
Im a bit of a sucker for progressive rock, and finding Demians has been one of the best moments over the last 13 years.
Demians is the brain child of Nicholas Chapel. BAE has the lot. It is light and hark, heavy and subtle, full of textures and dynamics, and its almost like listening to one long song. Played cranked or via headphones and it is IMAX for the ears. I loved this album so much, I went to one of his few UK gigs and I walked out after seeing Demians as I wasn’t excited about Anathema! Thats how good this album is!

Track(s) to listen to - Naive / Shine 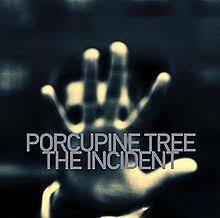 Porcupine Tree - The Incident
Whilst not new to me, this album from Porcupine Tree is an absolute stunner and vastly underrated. They played the whole thing live on tour and that gig alone will stay with me for the rest of my days. Its pretty much one long song and proves that Steven Wilson is a genius

Track to listen to - All of it! The whole album! 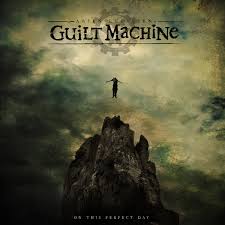 Guilt Machine - On This Perfect Day
An unusual approach for Arjen Lucassen, a band! One singer, no multiples of people queuing up to do their thing, and it really benefits from a core nucleus. Jesper Steverlinck is an absolute find and switches from Matt Bellamy to Freddy Mercury stylings with ease. All 6 tracks are epic in length and thankfully the album is epic too. The 11m43s of Twisted Coil just fly by…..

Track to listen to - Twisted Coil 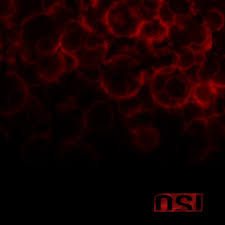 OSI - Blood
By the time of Blood, OSI were effectively a 2-piece, Kevin Moore and Jim Matheos, with added Gavin Harrison (drums) and Mikael Akerfeldt (for one track). Anyone that can meld, metal, prog, and electronica to such an effect, certainly gets my vote. Moore and Matheos are miles apart in distance, and in musical taste, but it all comes together perfectly as OSI. Their whole output is stunning.

Track(s) to listen to - The Escape Artist / Stockholm 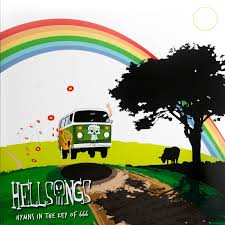 Hellsongs - Hymns In The Key Of 666
The was a complete out of left field for me. A Swedish lounge band covering metal. I'm a massive fan of covers, either true to word, or when a band like this completely messes with your mind to the point where you think you’ve heard it before (because you have) but their versions are so different, you question your own sanity

Track to listen to - Seasons In The Abyss 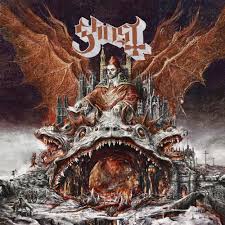 Ghost - Prequelle
I caught Ghost for the first time a couple of areas ago on the Meliora tour and was blown away. I had come to a conclusion that they would be something I wouldn’t and couldn’t like. I was so wrong. Previous albums were purchased, and I got the opportunity to review Prequelle. An album that can stand alongside my benchmarks of Heaven & Hell, Rising, Pyromania, Back In Black etc. Its metal, disco and everything in between. Forge is a bloody genius 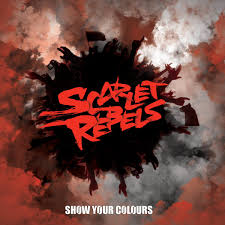 Scarlet Rebels - Show Your Colours
An album not even out yet. I'm so confident of the quality of this album that it gets on this list. OK I know a lot about the lads in Scarlet Rebels, but a few yers back I hadn’t a clue about pre-cursor to SR, V0id. Keep Fighting was a cracking album, and I've been hoping that Show Your Colurs wouldn’t disappoint, and it doesn’t. Its chock full of great songs, and I'm 100% certain of its depth and quality. Its a cast iron cert for one of 2019s best albums

Track to listen to - Heal (no video yet) 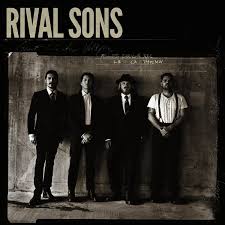 Rival Sons - Great Western Valkyrie
This was the game changer for Rival Sons. Previous albums were good, but this is where it all comes together, and saw them make a jump up from clubs. Alongside Ghost & Alter Bridge, Rival Sons are the best band this side of 2000. (Only Rival Sons don’t charge you $175 to meet them). Buchannan has enough power to sing without a mic, and Scott Holiday is probably the coolest man to walk the earth. If anyone has evidence he is not an alien drop me a line - the bloke never sweats. If you have a Led Zeppelin sized hole in your life, and want it filled, forget Greta Van Fleet, and look towards Rival Sons as they are the real deal.

Track to listen to - Open My Eyes 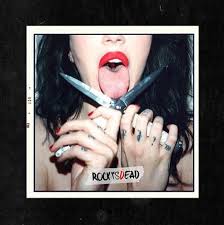 Dorothy - RockIsDead
Fronted by Dorothy Martin (good job she wasn’t christened/baptised Doris!), you may not think that you have heard her music before, but you probably have. Whoever does BBCs music for TV shows and promos knows their stuff, as Dorothy has appeared on Poldark and on adverts on UK ITV for Seat cars. Its as if Grace Slick joined Black Sabbath.

Track to listen to - Wicked Ones / Dark Nights 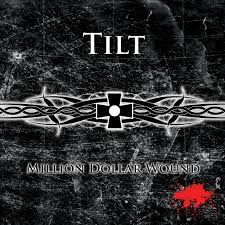 Tilt - Million Dollar Wound & Hinterland
Yonks ago I received an email from Steve Vantsis asking me to listen to his EP as he thought it would be right up my street. Out of all the albums on this list, this EP had the most impact. MDW is five songs of pure brilliance. If Pink Floyd had written them, they would be lauded as works of perfection. I undervalued it at the time, but its absolutely fantastic. Roll on 8 years to the debut album Hinterland. It was now a band with a single vocalist Paul Dourley who benefits from singing on all the songs. Only No Superman made it from the EP, but Hinterland is an album of understated brilliance. 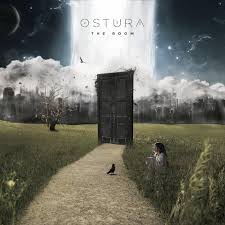 Ostura - The Room
My favourite album of last year, Ostura’s sophomore album was one of a huge sound that `I didn’t think was possible. Orchestrated (literally) by Danny Bou-Maroun, Ostura is built around three vocalists - Elia Monsef / Youmna Jreissata / and the Toehider’s Micheal Mills. Its orchestral, cinematic with huge production values. Had it been the 80s it would have cost $20m. It includes the City of Prague Philharmonic Orchestra and has a cast from 12 countries. A gift the keeps on giving, you will hear something different with each listen

Tracks to listen to - Deathless

Pretty much most of the albums here are vastly undersold and thoroughly deserve to be household staples. If I had the money I would put my money where my mouth is and offer a 100% money back guarantee if you bought the albums, especially the ones by Tilt, Ostura, Scarlet Rebels, and Demians in particular and you failed to like them.
on July 24, 2019