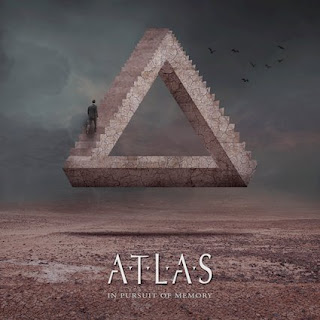 Atlas – In Pursuit Of Memory

Last year Atlas produce a little gem of an EP that was well worth your hard earned readies. Fast forward 12 months and the lad have a new album out via AOR Heaven. Well done, I knew you had it in ya! If you don’t know about them then heres a brief lowdown….

Atlas are James Thorley (Keyboards, programming and percussion), John Moss (Lead Guitars), Howie Little (Lead Guitars), Chris Redfearn (Bass Guitar) and Craig Wells (Lead Vocals). Keyboard player Thorley founded the band in early 2017 with the intention to create a band that centered its roots around the AOR and Melodic Rock genre whilst delving into other areas of Hard Rock, Metal, Progressive and even Jazz. Five keyboard demos were produced by Thorley during the first few months of 2017.

Sam Millar of UK rock band Bigfoot contributed to the backing vocals on this EP which got self-released through their band camp website in late August 2017. He also provided ‘guest vocals’ on the album as well; his vocal harmony contributions can be heard throughout most of the tracks and add a much desired AOR factor that the band often desire in their songs. Christoffer Borg (Taste, Art Nation) was chosen as the mixing and mastering engineer.

Opener, ‘Samsara’ is a bit hit and miss for my liking, mainly down to Wells’ vocals. He took me a while to get into the pitch level. That’s more my tinnitus than his vocal range! That said, the chorus makes up for any of my misgivings and all in all, it’s a very decent start to proceedings. 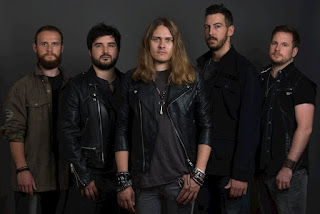 With songs like 'Bad Habit', you can immediately hear the Dream Theater influences, melding melodic rock with widdly guitar and keyboard frippery while maintaining that melodic keystone. Both ‘Breathe Me In’ and ‘Flesh and Blood’ are as close to AOR as you can get with their great melodies and are similar in vein to what the Scandinavians like WOA do ever so well. Only now it’s a UK band beating them at their own game. ‘As Time Goes By’ immediately grabs my attention. A combination of a decent riff, which reminds me a bit of Journey’s ‘Edge Of  The Moment’ and is a definite highlight. ‘In The Frame’ raises its head for the chorus, and there’s lots of little snippets in all these songs that will strike a chord with you – Journey, WOA, DT, and dare I say it, The Quest. ‘Lock and Key’ is very melodic in its sound, where the keys and guitar tale prominence, and their sound on ‘L&K’ reminds me in parts of a once great UK band called Balance Of Power. ‘Seasons Change’ is a decent paced up-tempo rocker, before Atlas unleash their probably contracted ballad in ‘Signal Of Hope’ and falls on the right side of the tracks and not being too schmaltzy and wimpy. For ‘Letting Go’ the latter section moves along without any complaint, and Atlas finish on a seven minuter in ‘Live and Forget’. Again its keyboard heavy, but changes track in the mid section with some nice guitar work, almost jazzy before heading back to the chorus, and the guitar work cuts through the rest of the song to make it stand out.

I have to give a huge shout out to James Thorley and Cristoffer Borg, as the album sounds great. It’s a big move up sonically from the EP.

I have a measuring stick where top marks are to be compared with albums like ‘Back In Black’, ‘Holy Diver’, ‘Hysteria’ ‘Everybody’s Crazy’ and ‘Night Of The Crime. I see lots of 10s being banded around for albums that are very good. So, if the recent Airrace is an excellent 9, ‘In Pursuit Of Memory’ gets a very solid 8/10.