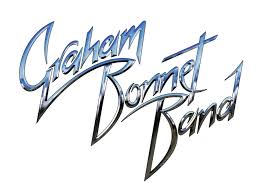 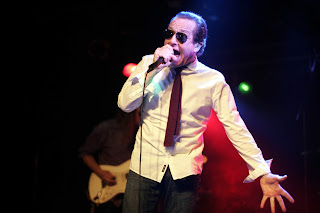 A very quick dalliance with MSG, but it spawned a belter of an album in Assault Attack, before forming his own band Alcatrazz. The guy has played alongside some great guitarists no doubt – Blackmore, Vai, Malmsteen, Impelliteri, Moody, Kulick, all of which is of no coincidence.


I last saw him about 15yrs ago in Crewe and he was blindingly good. 24.8.18 sees him at The Tivoli in Buckley and nudging 71. I have to state this as recently Steve Perry has popped his head up and announced a new album after a 25 yr absence. Perry is 69 and still sounds good. I’ll come back to this later. 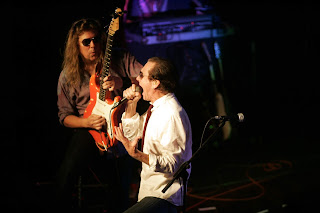 Straight in with an Alcatrazz number ‘Too Young To Die, Too Drunk To Live’ Bonnet immediately
showed how good he was. A waif of a man, bit with the voice of a foghorn. If you doubted his age, or his stamina beforehand, don’t. It was laid to rest at the Tivoli. A 5 minute break ensued as Bonnet's drummer, Mark Benquechea decided he wanted a different drum kit. Bonnet swiftly whipped out a carrot, and not his wotsit unlike Sheffield and reminisced whilst the kit was rebuilt. ‘All Night Long’ followed and there were no worries regarding the notes, Bonnet is on form. With a guitarist like Kurt James, Bonnet has a foil who can play all the Malmsteen, Vai, Blackmore and Impelliteri parts with ease. Sure the solos were not identical, but the aforementioned never play the same solo twice anyway. The band were very tight but I’d like to have heard a bit more of the backing vocals on a couple of song and not just relying on a 70 yr old to pump out the vocals. Waldo was heard, but unless it was down to my positioning, Beth-Ami Heavenstone sounded like (or didn’t) like Lilly from Pitch Perfect. A reference for the kids there, methinks!

Highlights for me were ‘Night games’, the excellent ‘Desert Song’ (which is one of the best rock songs of all time), and the finale of ‘Lost In Hollywood’


I understand the need to drop in recently written songs, and a couple of fillers like ‘Goodnight and Goodbye’ and ‘Starcarr Lane’, AND, one of the crappiest guitar solos Ive ever witnessed! But when its at the expense of the likes of ‘Eyes Of The World’, ‘Samurai’, ‘Dancer’, ‘God Blessed Video’, ‘Sons and Lovers’, and ‘Hiroshima… ‘etc, then it could have gone from being a very good gig, to an exceptional gig, especially when some of these have been on the set list recently. 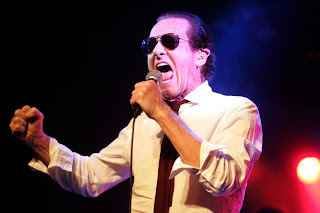 So, despite Perry being 69, I understand his album is ballad heavy. I even said myself recently, ‘you cant over expect anything from a bloke at this age’.  If that’s what Perry wants to do, then that’s great. But after seeing Bonnet sing full tilt (he cant do it any other way), for a solid 100 mins, then the ground rules have been re-set. You CAN hope/demand/expect some icons to be belting it out as they did 40 yrs ago.


If I were 70, I would be happy being able to stand up for 100 minutes, never mind belt out a set. Bonnet shows if you look after yourself, then you can beat the hands of time. Long may he continue, because these guys will not be around forever.


Too Young To Die, Too Drunk To Live


Island In The Sun


Rock You To The Ground


Since You Been Gone