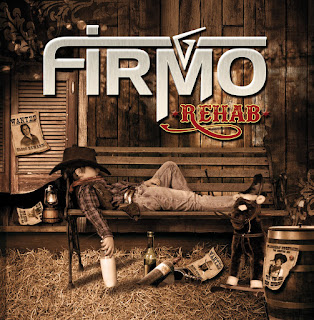 After the critical and fans' acclaim received with the release of Room Experience in 2015 (fronted by PC69 vocalist David Readman), Gianluca was invited by the Street Symphonies' label team to express himself also as singer in a dedicated solo release, in order to show another side of his musical personality. With a finalized line-up of skilled and talented musicians, recruited specifically for backing Gianluca in this solo adventure The result is shown in twelve melodic rock songs, where Gianluca finally had the chance to share his personal singing style coached by the skills and experience of vocal producer Davide "Dave Rox" Barbieri (Raintimes, Room Experience, Wheels Of Fire, Charming Grace). 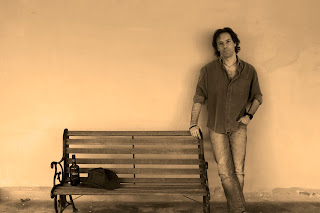 Gianluca says: "Beside the fact that it allows me to sing my own songs, this record for me is both a test and an achievement. A test because It’s the first time that I’m in charge for everything concerning the production of a record. And it is an achievement because I had the chance to work shoulder to shoulder in the studio with some amazing musicians, but also the luck to find a label that allowed me (and supported me) to work with no artistic boundaries and even make some unusual choices to follow my different musical influences and tastes. I feel the result is very personal and though it’s far from being perfect, it sure is my perfect rehab from being put in any frame. And as today I couldn’t be happier than this". 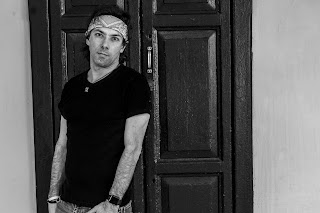 ‘Place For My Judgement Day’ is very Eurovision in its melody, and is a decent opener. Having never heard Firmo sing anything other than BVs, I didn’t know what to expect. Last time I heard a keyboardist do vocals, it was Jonathan Cain, and lets just say there's a reason he plays the piano! Gianluca's vocals are a bit raw and rough around the edges, but I have to give the guy a lot of credit as it takes some balls stepping up and putting yourself out there with vocals, writing, etc. So, well done so far. ‘Heart Of Stone’ is an acoustic and mellow offering with a good chorus and is a good slow burn and deserves repeated listens. Shadows and Lights’ again falls on the side of ballad, and has leanings toward Bon Jovi and surely that is not a bad comparison to make! Nothing is jumping out at me so far, but I have to stop expecting a ‘melodic rock’ album. With ‘Maybe Forever’ its definitely a song (and an album) for all occasions. You find yourself happily tapping away to the beat.

‘No Prisoners’ is the first time we get the mid-paced rocker. Built around Firmo’s keyboard riff, it proves to don’t need a heavy guitar riff to make an entrance. ‘Didn’t Wanna Care’ has a warm presence and is Marx like (Richard, not Karl!). ‘Unbreakable’ is another up-tempo number that pings along nicely. I really like ‘Cowboys Once, Cowboys Forever’ a ballad anthem by any other name, and the guitar solo makes it shine the brightest so far. ‘Rehab’ has a positive, happy vibe and I like all the whoa-ohs that are thrown in. It’s a good choice for the first single. If the album had more of a country twang to its sound it would sound even better, but that’s just my personal preference.

After the first listen, I admit I felt a bit ‘meh’, but once you settle in, it’s a good ride. It doesn’t settle for a specific genre, it’s a mix up of sounds and styles that Firmo has aimed for in having no boundaries and it makes for a good 50 minutes spent in Gianluc Firmo's presence. It’s a little too ballad-y for my liking, but it will be well received if you like the softer and personal side. Its an album I clearly did not expect, but its been a very good surprise. He can expect endorsements from Zippo lighters any time soon!

In fact, I'm full of admiration for Firmo. He does not have the best vocals you’ll hear this side of Lou Gramm, but he knows fully well what he can hit and works within his range. Less have made more out of their skill-set. I look forward to hearing how he develops away from Room Experience.

Think of him as the go to housewives choice for Italian singer songwriters! Well done mate.

A Place For Judgement Day
Heart Of Stone
Shadows And Lights
Maybe Forever
No Prisoners
Didn’t WannaCare
Unbreakable
Don’t Dare To Call It Love
Cowboys Once, Cowboys Forever
Rehab
Until Forever Comes
Everything