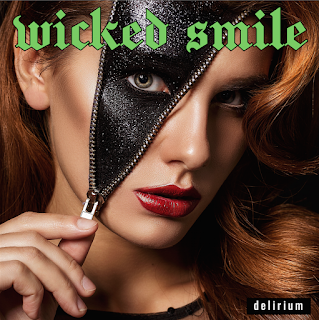 Danny and Stevie are no strangers to the world stage, having both toured around the world with their respective bands and performed at prestigious festivals such as Wacken Open Air, Masters Of Rock, Metal Universe, Hard Rock Hell, and Screamfest amongst others. The boys have released a whopping twenty- five full length albums combined. Match fitness? - Absolutely!!

Guitarist Stevie Janevski goes on to say, “because we’re a new band, we released our debut single ‘We Fall’, an in your face uptempo song to give everyone a taste of what we are about. It received such a fantastic response worldwide that people wanted to hear more right away. This was particularly pleasing to both Danny and I. We were both overwhelmed by the positive response. It was also fantastic to have so much support from Internet Radio who got behind us by playing our song, with some stations putting us on heavy rotation”.
Vocalist Danny says “I’ve really enjoyed putting my stamp on these songs. It’s allowed me to put my heart and soul into them and really capture the emotion of the lyrics. We cover important issues such as government and decision making in the song ‘We Fall’ and discuss the human state of mind in ‘Daze Of Delirium’. Another talking point is the track ‘Stronger’ which was written by Stevie to highlight the issue of bullying in schools and in society as a whole.

We can’t wait to get out there and launch things in a live setting. Songs like ‘Love’s Got A Hold On You’ are going to sound huge. We’re going to be loud and proud!”

From the first few bars of ‘We Fall’ it’s what Ive been wanting (occasionally) from Stevie’s other band The Radio Sun. I knew he had ‘more metal’ in him, it just needed a likewise parter to bring it out. It blazes with an 80s style riff, and oh my God has he got a fine singer to deliver the vocals in Danny Cecati. Ive only heard a didgeridoo once on a record and that was Cryptex, but fair play in opening with an Aussie musical instrument. The chorus on the other hand is very European, like Avantasia. It’s a very good start. ‘Stronger’ digs deep into a Judas Priest vibe only with better harmonies. Its driven foremost my Janevskis metal riff, and its a song about Steves daughter Cassidy getting bullied. Well I guess they have both stuck two fingers up to the bullies, and is a great message for anyone you use for their armour. Stevie and myself both have a love of Rainbow, and I wonder if there’s a bit of ‘Man On The Silver Mountain’ coming into play for the riff of ’Love’s Got A Hold On You’ ?  It’s a bit lighter than the other two but that doesn’t mean its any less effective, and have a very catchy and immediacy remembered chorus. Well done Ritchie, I mean Stevie! Finally, it’s ‘Daze Of Delrium’ again delivery a driving, pulsating beat, with some great backing vocals (all courtesy of Paul Laine). Laine also weighs in with bass on all four songs , and produced it, with catering by Bruno Ravel

I wasn’t too sure what to expect as Im so used to The radio Sun, but Stevie and Danny have definitely pulled a massive rabbit out of the hat. Its four infectious songs all delivered in an 80s vibe that RAWK.

If this is an entree for what’s to come, then my appetite is well and truly whetted! Bring it on