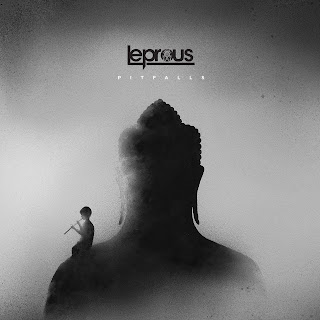 Norwegian Rock outfit Leprous return with their sixth and most ambitious studio album to date entitled “Pitfalls”, set for release on October 25th, 2019 worldwide via InsideOutMusic.

Leprous vocalist and keyboardist Einar Solberg comments on the upcoming album: /“We’re incredibly proud to announce “Pitfalls”! It’s the album no-one is expecting from Leprous. When you think you know where it’s headed, you’ll realise that you’re wrong. It’s not only by far the biggest production and musical departure we’ve done, but the also most personal and honest. The album has been written through one of my toughest years, where I struggled with depression and anxiety. No filters, no metaphors, just the truth. They say that writing music is therapeutic. but I would say that it’s an understatement. For me “Pitfalls” is the result of 1,5 years of learning how to get through the dark tunnel. The music has been my torch.” 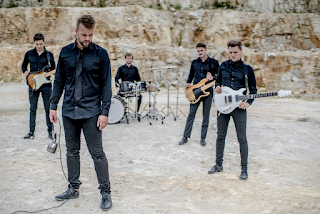 I’ve been listening to music for as long as I can remember. In fact its probably one of my earliest memories, with my dad cranking 50s and 60 rock n roll and thumping pop acts. Not quite metal, but stuff you could play loud. I have probably heard thousands of albums from thousands of bands over the years, and I’m still scratching the surface. I’ve been reviewing since 2007 and the reason I keep doing it is for occasions like this, where a band I’ve never heard of before, ends up in my inbox and I’m asked to give it a listen. It’s happened twice this week, the other being French outfit Klone.

There are nine songs in all, and for the frontman they are roughly divided into two halves. The first half of the album can be described as representing the poppier side of the band’s artistry. The second half is a lot more experimental and progressive. 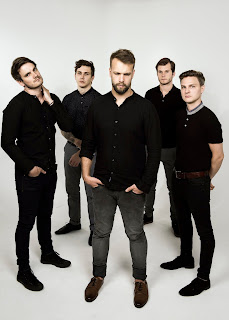 I’ve no previous history so its a case of reviewing it from a single standpoint without referencing anyof their past work. What I will tell you immediately, is that I want to get hold of everything they have done before this, after just one single listen of this album. Its good. Bloody good. I immediately like the phrasing, tone, and falsetto of Einar Solberg’s vocals, akin to something I expect to hear on a Scandi thriller playing in the background. Both haunting and compelling ‘Below’ is a joy from its first to its last note. I can’t call it prog, or rock or anything in-between. It is what it is. ‘I Lose Hope’ is close to Royal Republic’s recent disco album, and the short choppy vocals combined with sparse use of guitar, and electronica show that these guys are not to be trifled with, or pigeon-holed. ‘Observe The Train’ has a lovely lilting chorus that’s instantly likeable. ‘By My Throne’ picks up the pace more than anything previous, and for me the tone is similar to  Agnes Obel. Not your usual comparison I’d agree! ‘Alleviate’ involves strings, bongoes, and is as close to pop as a band like this Leprous will get.

'At The Bottom’ is a song you can’t fathom which direction it is going to go. Almost operatic, and balladic, its not conforming to any given structure. Again there are strings lifting the emotion of the song beyond the norm, before falling into something that Steven Wilson may curve ball you into. Its from this song to the album end where the experimentation takes place. ‘Distant Bells’ starts with a piano intro, with Solberg’s vocals drifting gently over the piano. I feel like I’m watching a very dramatic film, with the soundtrack to an emotional and downbeat section. Its achingly haunting, as it builds to its powerful crescendo. Theres one ‘rocker’ on ‘Pitfalls, and that’s ‘Foreigner’ , which has a synth section that is similar to The Prodigy’s ‘Funky Shit’ crossed with the melody of Rammstein. Finally we are onto the epic in length closer, ‘The Sky Is Red’ starts off with some fab drumming from  Baard Kolstad, and a choir has been employed to sing over the vocals adding extra sound and depth. It has choppy riffing from guitarists Suhrke, Ognedal, and bassist Børven. They even throw in a guitar solo, to keep the purists happy, at least for one song. Its prog at its finest and a fitting way to finish off the album. 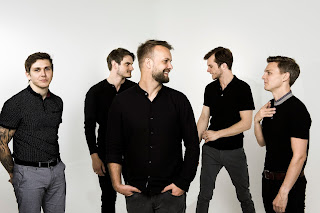 I sense that Leprous are doing ‘an Opeth’, in having a career defining change, and I’ll leave the last word to Solberg. Solberg believes ‘Pitfalls’ firmly represents the Leprous philosophy and artistry. It is an album without any compromise whatsoever. The band have followed their vision throughout, whatever the cost and wherever it took them. “I can honestly say that ‘Pitfalls’ is the album we set out to make, and I am proud of what we have achieved. I hope everyone enjoys it. But what matters most to me is that I love it. That’s all any artist can ask, to be happy with what you’ve created.” I agree with him wholeheartedly. A wonderful album, and I can’t wait to catch them live in November.


Thank you Leprous, you have a new convert.