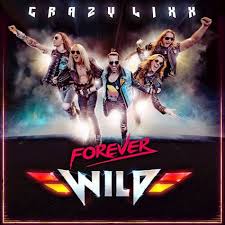 Swedish Hard Rock / Hair Metal band Crazy Lixx carries the torch of Rock ‘n’ Roll with pride. Formed in 2002, the band has been enthralling crowds with their unique brand of 80’s Hard Rock. Noted as one of the last standing bands of ‘The New Wave of Swedish Sleaze’, Crazy Lixx are pioneers of Sweden’s rock music scene in their own right. With over a decade of experience and several line-up changes, the band has under their belt five full-length studio albums and one live album including “New Religion” (2010), “Riot Avenue” (2012) and “Sound Of The LIVE Minority”(2016). Crazy Lixx’s most recent and fifth studio album “Ruff Justice” (2017) comprises of 10-tracks, three of which are featured soundtracks for the hit video game “Friday the 13th – The Game”. Rendering the pure nostalgia of 80’s classic horror and action themes, “Ruff Justice” packed with impressive guitar solos, memorable hooks and catchy choruses, big drums and defining riffs became an instant Hair Metal masterpiece.Influenced by Rock giants such as Kiss, Def Leppard, Mötley Crüe, Whitesnake, Alice Cooper and Bon Jovi, the band etched their signature style. Bridging a lasting connection with old and new audiences alike, the band continues to produce energetic live performances across Europe.

Crazy Lixx are back and believe me when I say these guys mean business, I mean it,Forever Wild is the follow up to 2017s Ruff Justice and what a follow up it is.
This is an album that will have the older generation of rockers donning their double denim and ill fitting spandex once again. Forever Wild not only grabs you by the balls it squeezes them until you hit the same high notes that Danny Rexon does on a regular basis. Danny Rexon and Chris Laney have produced an album of anthemic masterpieces.

When listening to this opus make sure that every window and door in your home is open and the volume of you music system is cranked loud enough to make your ears bleed and annoy the hell out of the neighbours, to be honest they would probably come round hammering on your door to join for  a beer because you’ve introduced them to such high quality music.

I absolutely love this album and have had it playing constantly for the last few hours and it is as close to perfect as an album can be without reaching that lofty pinnacle. I think if I had listened to this album on any other day it would have had the very rare 10/10 score, that said if you’re a fan of the 80-90’s hard rock scene get yourself online or into a record store and buy this beast, you will not regret it.

I am giving Forever Wild a well deserved.....