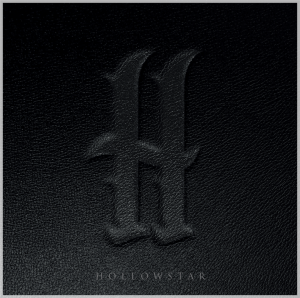 I’ve been looking forward to receiving this album for a while now. I’ve seen some clips of them appearing at a friends venue ‘dahn sarf’, The Rock Den in Hatfield. Check it out, its great.

Anyway after the clips were posted I stumped up for one of the many bundles on offer, I was (am) that confident in their ability to deliver the goods. Hollowstar cite the likes of Black Stone Cherry, Thunder and Slash as influences. They formed in 2014 in the metal hotbed town of St.Ives in Cambridgeshire. Not so much of a hot bed, more like a warming plate. 2017 saw them release their debit EP ‘Some Things Matter’. They have built a burgeoning following due to this EP and some serious graft and getting support slots with the likes of Stone Broken, Toseland, Dan Reed Network and Graham Bonnet, and many more!

Straight out of the box Hollowstar are onto something rather special. ‘Take it All’ is built around a stonking, and spine tingling riff and you’re hoping for it to punch you right between the eyes and ears, and does so by the bucketload.  It’s a big, fat sound that belies its cost I suspect. ‘Let You Down’ is a bit less powerful, bit still provides ‘oomph’ and bang for your buck. ‘Invincible’ sees the twin guitar attack of Haines and Collett in full swing, and it delivers. ‘Think Of Me’ falls into an Alter Bridge / Bad Company groove, if Paul Rodgers fronted AB! ‘Money’ is about the guitar sound more than the vocals and is very Red Sun Rising. ‘All I Gotta Say’ is getting on for its birthday, and was an excellent choice for whetting the appetite for this album. Its got a cracking chorus, and has riffs as thunderous as Thor’s Led Zep tribute band, Hammer Of The Gods!

‘Good Man Gone’ is more classic rock old school brigade, and shows their love of 70s rock when Coverdale was king, Blackmore had hair, and Keith Moon lost his no claims driving his Rolls into a swimming pool. ‘Overrated’ is built on a riff that many have used before, and Hollowstar make it work here, especially as it builds to a high-octane guitar solo. ‘Down By The Water’ is a ‘big’ song and shows off Joe Bonson’s vocals. Its quickly onto the last track ‘Sinner’, a full on track that is a perfect way to finish off the album.

I'm guessing these guys don’t have a shit load of money, so its full testament to whoever produced this, as it sounds as if its had someone like Martin Birch at the helm. Its not a long album for album sake, the lads have gone for quality over quantity. Hollowstar are one of the best new(ish) UK bands I’ve heard in quite some time. It may not be long before newer bands are citing Hollowstar as their influences.

There are a lot of wannabees currently out there, all trying to be another Rival Sons, or Led Zep, Lynyrd Skynyrd, etc. These guys have the potential to be the real deal.  It's an impressive debut.  As Diamond Dave would put it, these guys have ‘Car-asma’

Catch these guys live in May, when these songs will really come to life. And before the venues sell out!