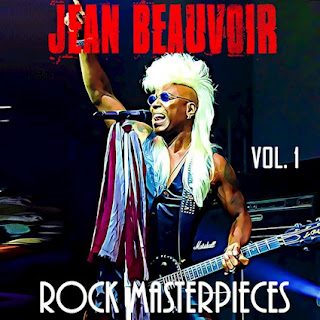 AOR HEAVEN is currently gearing up to release the first of two retrospective albums highlighting the music of Jean Beauvoir beginning in the summer of 2018. Jean Beauvoir: Rock Masterpieces Vol. 1 and Vol. 2 feature songs from his solo career including his International multi-platinum debut "Drums Along the Mohawk" album, from his band Crown Of Thorns, his band Voodoo X, which also made music and video history, some fan favorites and a couple of unreleased singles which are a part of several soon to be released projects. AOR HEAVEN will begin releasing his follow up album Jean Beauvoir" Rock Masterpieces Vol. 2 by the end of 2018, beginning of 2019. The songs on both albums will be remastered.

Beauvoir is also working with best selling British author Simon Cox (Cracking The Da Vinci Code) on a new book which will capture his storied career in music and entertainment. The iconic Blonde Mohawk of Jean Beauvoir has been an ongoing major influence on US and International pop culture in music, sports, film and TV; including several cartoons; influences that are still being seen and heard today. As a member of the Plasmatics, the most outrageous, controversial, successful Punk band ever and a longtime songwriter and producer for the Ramones, hailed as the greatest Punk band in the world, Jean Beauvoir is forever linked to two of the most revolutionary bands of the twentieth century. He was a member of the Plasmatics during their most successful and revolutionary time in music and is the only member of the Plasmatics who went onto a successful solo, production and writing career with over 40-million records sold to date and featured on over 240 albums.

Music from his solo debut album 'Drums Along the Mohawk' was hand picked by Sylvester Stallone for the film Cobra which led to Beauvoir making a deal with Al Teller (President of Paramount Pictures). Through working closely with Branson, Stallone and Teller, Cobra received the highest advertising budget for a Hollywood film to date at the time featuring the single "Feel the Heat" as its title track. 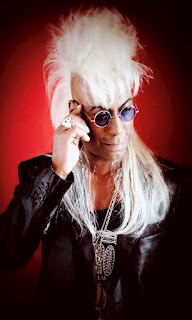 Thank heavens for ‘No Limits’, a BBC show from one of the major importers of melodic rock/AOR, Jonathan King. This show was better than a lot of TV shows at the time (the UK had yet to receive the mecca of all music, MTV) so we got our hits in small doses through Top Of The Pops, ECT, and The Tube. King was ahead of the curve, introducing me as a 17-19 year old to bands such as Guiffria, Warrior, (Patti Smyth), and songs we would never have heard of from the likes of Lou Gramm, Sammy Hagar, Y&T, and Jean Beauvoir. This was my first interaction for his single ‘Feel The Heat’. I thought it was fantastic, a song that went against my rock upbringing on bands like Rainbow, Rush and Whitesnake to name just three. The guy had a huge mowhawk, a great voice, and in FTH a huge chorus. I was in for the long run. Also from ‘Drums…’ is the very pop-y ‘Missing The Young Days’ and shows how diverse he was back in the 80s.

Thanks to grunge and music at that time having little to excite me in the way of music, bands like Crown Of Thorn’s passed me by until I heard ‘Hike It Up’ at a rock disco in Wigan. Yes, Wigan! I turned to my esteemed colleague to ask who it was. Once explained I picked up the phone (internet was still shite) and snapped up their debut about 3 yrs after it was released. It was that good, it filled a gap that had been missing. It was superb.

If this were my choice, this whole CoT debut album should have been on Vol 1, as it as strong from start to finish. ‘Hike it Up’ is a killer of a track, like Kiss on steroids. ‘Crown Of Thorns’, ‘Dying For Love’, ‘Secret Jesus’ are all big, anthemic numbers where Beauvoir’s vocals are huge. The bloke is on fire.

There’s a few songs that are new to me – ‘Heartbeat’, has a sprawling guitar riff, that intertwines with his vocals, and whilst not one of the best songs on offer here, it’s a decent enough track. ‘The Awakening’ (Voodoo X) is a nice ballad in the first instance, before grabbing you by the ears and making you sit up and take notice with its up tempo Whitesnake Still Of The Night vibe.  It’s bloody excellent. ‘Voodoo Queen’ is one of those huge songs I’d wait for at the end of a film in the 80s playing over the credits. If it wasn’t on a soundtrack, why wasn’t it?!!. ‘Rock Ready’ and ‘Faith’ in particular shows that Beauvoir still had the knack of penning a good song or three. ‘The One’ isn’t one that I’d pick as it’s a filler when compared the strengths of everything around it here. Finally it’s onto ‘Standing On The Corner For Ya’, and is the stripped back version c/w gospel choir backing, and its given a new lease of life. Both the original and this show how many of his songs are great with full electric backing or stripped back.

Its fitting that most of CoT debut make the cut here. I’d still be looking to find room for ‘Winterland’ in Vol 2, as its my all time fave CoT track. There’s a gap from albums ‘Destiny Unknown’ and ‘Karma’. I hope this doesn’t mean that some of these will be missed from Vol 2. The also excellent ‘Lost Cathedral’ album hardly gets a mention.

This is essential for anyone that like their music with a huge slab of riffage and big anthemic, melodic choruses. If you are not fully au fait with this output (like me) then this is an essential purchase of one of rocks true icons.

Tracklisting
Faith
Crown Of Thorns
Dying For Love
Feel The Heat
Lyin’
Heartbeat
The Awakening
Missing The Young Days
Hike It Up
Secret Jesus
Rock ready
The One
Voodoo Queen
Standing On The Corner For Ya
on May 31, 2018